This tour contains the most popular attractions in Istanbul  and surroundings. You will be met by your private tour guide at harbor or hotel and start to excellent tour. This tour covers;

Explore the Best of Istanbul on this full-day tour that covers the major attractions, such as the Hagia Sophia Museum, the iconic Blue Mosque, the bustling maze of the Grand Bazaar, and the obelisk of the Hippodrome of Constantinople.

Q: How to meet my tour guide?
A: Your tour guide will be waiting in your hotel lobby to meet you at a determined time.

Q: How to buy museum tickets?
A: No need to buy tickets in advance, during the tour your tour guide will help you to purchase them. Official tour guides have priority at museum ticket offices.

Q: How to pay?
A: Pay the fee of the tour to your private tour guide at the end of the tour in cash USD, EURO or Turkish Lira. 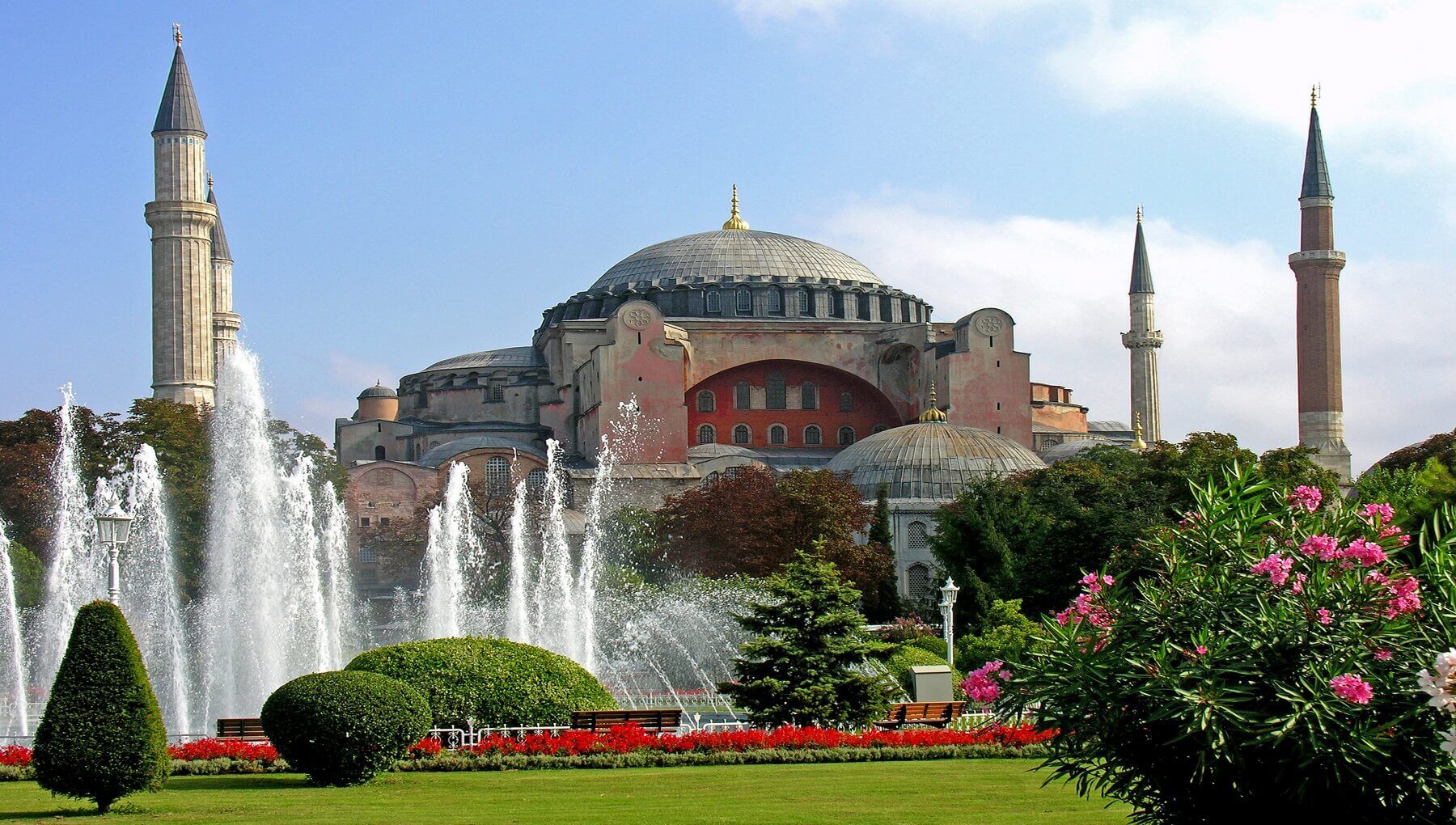 ONCE A CHURCH, LATER A MOSQUE.

Masterpiece Of The History Of Architecture:

The Hagia Sophia Grand Mosque / Ayasofya-i Kebir Cami-i Şerifi, with its innovative architecture, rich history, religious significance and extraordinary characteristics has been fighting against time for centuries, is the largest Eastern Roman Church in Istanbul. Constructed three times in the same location, it is the world’s oldest and fastest-completed cathedral. With its breathtaking domes that look like hanging in the air, monolithic marble columns and unparalleled mosaics, is one of the wonders of world’s architecture history. 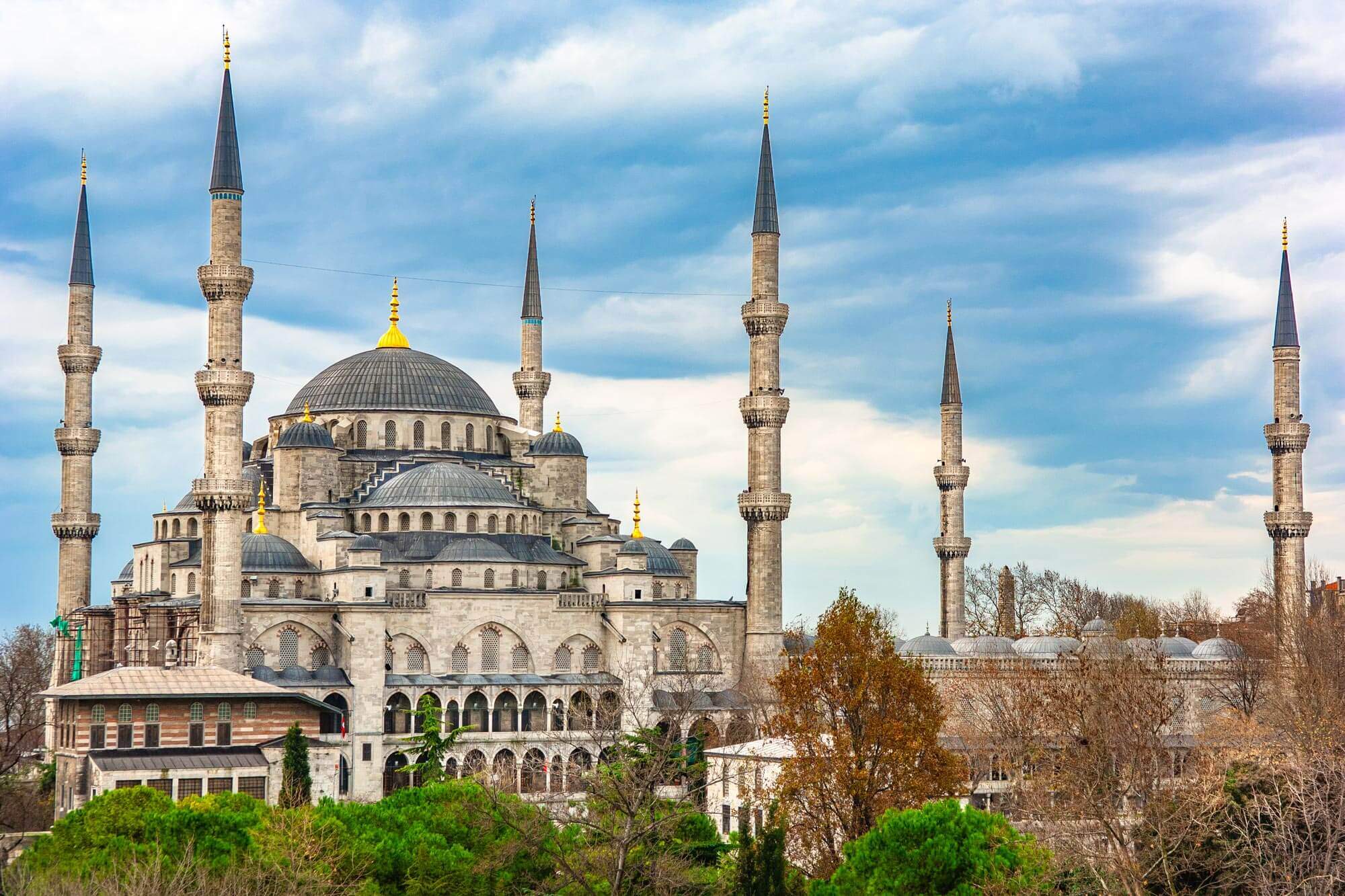 Explore the grandeur of Ottoman architecture at the Blue Mosque (Sultanahmet Camii), located on Istanbul’s Old City peninsula. Opened in 1616 to rival the Byzantine-era Hagia Sophia (Aya Sofya) across the way, the six minarets punctuating the Istanbul skyline and 20,000 blue Iznik tiles decorating its interior are designed to inspire awe.   The Basics The Blue Mosque is one of Istanbul’s top attractions and offers the opportunity to visit an active place of worship in the historical Sultanahmet neighborhood. Stroll through the airy courtyard and pause to soak up the atmosphere inside the mosque’s vast and curvaceous interior under cascading domes.   Most small-group and private tours combine a visit to the Blue Mosque with a broader exploration of the Sultanahmet neighborhood, including the Hagia Sophia, Topkapi Palace, Basilica Cistern, Hippodrome, and Grand Bazaar.

Built in the third century, the Hippodrome was the home of now-named Istanbul’s sporting entertainment during the Byzantine era, with a wide track for chariot racing. Today, the route of the old track is covered by Sultanahmet Square (Sultanahmet Meydani), a wide open space in the center of the old city, punctuated by ancient obelisks. The Basics The current Hippodrome traces the course of the ancient race track, though the actual remains are still underground. The square contains the Obelisk of Theodosius, a pink, Egyptian-made granite column that was brought to Istanbul in the fourth century and is one of the oldest monuments in the city. Also here are a spiralled obelisk that came from the temple of Apollo, the Walled Obelisk, and the German Fountain, a gift from Kaiser Wilhelm in the early 20th century. Some small-group and private tours combine a visit to the Hippodrome with other sights in Sultanahmet, including the Blue Mosque, the Hagia Sophia, Topkapi Palace, and the Basilica Cistern. 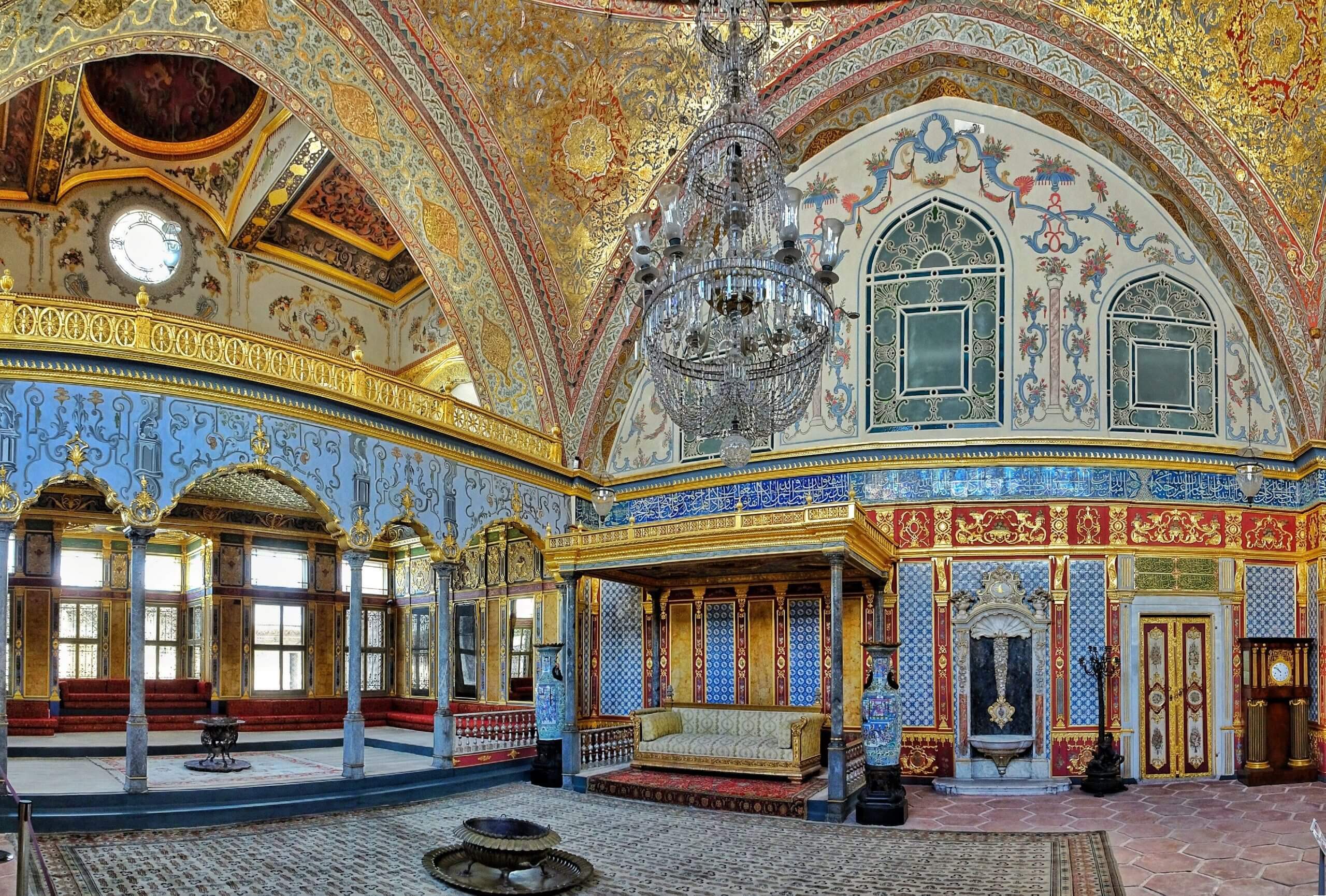 Behold the imperial complex of Ottoman sultans at Topkapi Palace (Topkapi Sarayi), the royal residence in Istanbul throughout the first 400 years of the Ottoman Empire. The palace contains myriad buildings and courtyards, including a treasury, harems, an armory, imperial halls, and royal chambers—all with intricate Iznik tilework and opulent architecture. The Basics To understand the history of Turkey and the Ottoman Empire in Istanbul, explore the vast Topkapi Palace. The complex has elegant chambers, landscaped grounds, and small museum collections to admire, as well as a viewpoint over the Bosphorus and the Golden Horn.   Guided tours, which can offer a more comprehensive experience of the palace, often allow you to skip the long entry lines with a guide, and usually include a visit to the palace’s harem section. Many Istanbul sightseeing tours combine Topkapi Palace with an exploration of the other top sights in Istanbul’s Sultanahmet district, 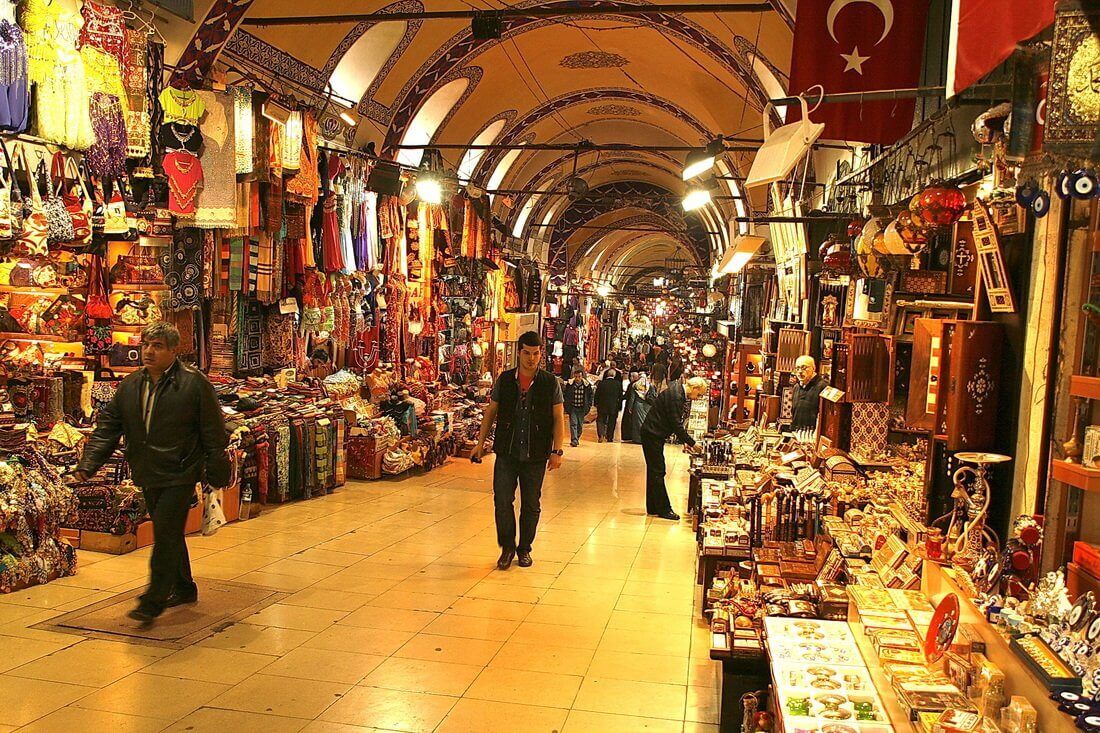 Istanbul’s Grand Bazaar (Kapali Çarsi) is the ultimate covered market. Its 5,000+ vendors hawk carpets, beaded bracelets, gold and silver jewelry, multicolored lanterns, leather goods, ceramics, belly-dancing outfits, and more. With goods that span all price ranges, you’ll find the perfect souvenir in the bazaar’s labyrinthine alleys.   The Basics Getting lost in the Grand Bazaar is part of the experience, as every twist and turn reveals interesting Turkish goods. Built in the 15th century during the Ottoman era, the market remains an active and lively center of commerce—and today, tourism—in Istanbul. 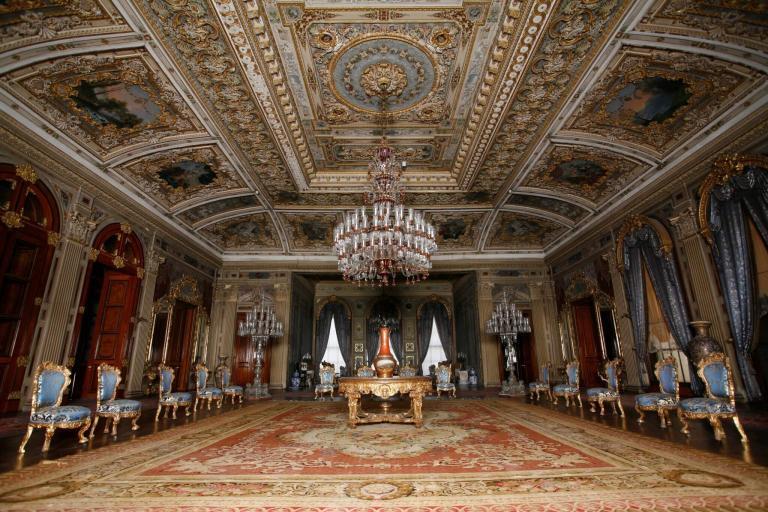 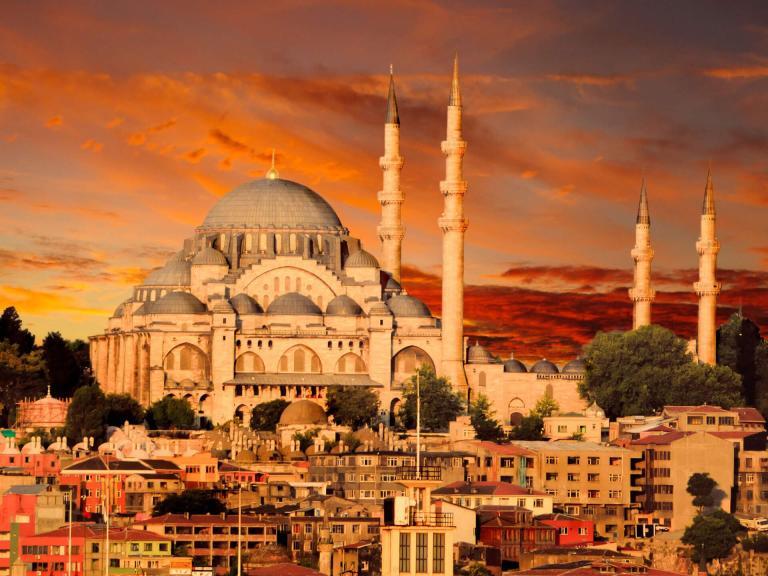